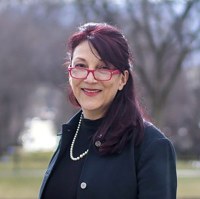 I am a Professor of Spanish in the Department of Spanish, Italian and Portuguese with an affiliate appointment in the Department of Psychology. I completed my doctoral studies in the interdisciplinary program in Second Language Acquisition and Teaching at the University of Arizona, with a specialization in linguistic analysis and a minor concentration in second language processing. I then held a faculty position at the University of Illinois for four years (1996-2000), where I was a primary collaborator in pioneering a computer-enhanced Spanish language instruction curriculum consisting of mixed classroom and computer-assisted instruction. Prior to assuming my current position at Penn State, I was a Visiting Assistant Professor at the University of Mississippi (2000-2001), where I was hired to implement the model for the Spanish language curriculum developed at Illinois.  Click on the following link for my Lab page.

My research program takes a cross-disciplinary approach to bilingual language processing using converging methodological tools from linguistics, experimental psycholinguistics, and second language acquisition. The primary focus of my research concerns bilingual sentence processing. The students in my lab and I examine whether language-specific information is largely kept independent when bilinguals compute or parse an initial syntactic structure for the sentences they read, or whether information from one language influences parsing decisions in the other language.

In addition, because of our interest in cognitive aspects of bilingualism and in language contact phenomena, we have conducted a series of studies on code-switching. Proficient bilinguals often code-switch in the midst of speaking with other bilinguals and the linguistic principles that govern the observed switches have been a focus of debate. Although code switching performance has been analyzed primarily from the perspective of bilingual speakers, there are critical consequences for comprehension because unlike production, which is under the control of the speaker, comprehension is unpredictable. To investigate the relationship that exists between the frequency of occurrence of code-switches in naturalistic data (i.e., production data) and the ease with which the comprehension mechanism processes these code-switches, we use eye-tracking methods to examine the reading of code-switched sentences as well as the comprehension of spoken code-switches.

The graduate students in my lab and I are always looking for motivated undergraduate students with an interest in second language acquisition and bilingualism, who would like to gain research experience in data collection, data analysis, and experimental design. Announcements are posted on the 3rd floor in Burrowes Building, the 6th floor in Moore Building, and on the website of the Center for Language Science (http://www.lsrg.psu.edu/). Interested students are also welcome to contact me directly at pdussias@psu.edu

Contemori, C., Pozzan, L., Galinsky, P., & Dussias, P. E. (accepted). When actions and looks don’t line up: The contribution of referential and prosodic information in the processing of PP ambiguities in child-L2 speakers of English. Linguistic Approaches to Bilingualism.