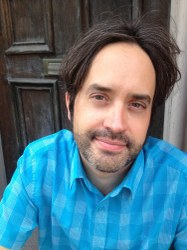 His book The Politics of Age and Disability in Contemporary Spanish Film: Plus Ultra Pluralism (Routledge Advances in Film Studies, 2013) examines the cinematic construction of adolescent, senescent, and disabled subjects in an interdisciplinary analysis positioned within a broader conversation on visual culture and diversity in post-Transition democratic Spain. In 2019, he co-edited (with Samuel Amago) Consequential Art: Comics Culture in Contemporary Spain (University of Toronto Press), a volume which considers how recent Spanish comics practitioners have deployed image-text connections and alternative methods of seeing to interrogate memory and history, the economic and the political, the body and mental geography. He is currently at work on Cine inmobiliario: Homeplaces in Contemporary Spanish Film, a monograph which draws on affect theory, human geography, ecocriticism, and film theory in its account of the moving image’s engagement with (the) premises of house, home, and immovable property in the years surrounding Spain’s (real estate-entangled) economic crisis.

In other work (see C.V. posted above), he has explored a range of topics including cinematic soundscapes, social-issue screen fiction and documentary, comparative approaches to the Generation X novel, literary and cultural uses of humor, and poetic self-consciousness. The latter concern—particularly as it emerges in verse in step with what critics have called the “poesía de la experiencia” sensibility—is at the heart of his first book, Postmodern Metapoetry and the Replenishment of the Spanish Lyrical Genre, 1980-2000 (La Sirena, 2007). His research has been funded by grants from Spain’s Ministry of Culture (2017, 2010) and Penn State’s Institute for the Arts & Humanities (2017, 2013). In 2019, he was awarded the inaugural James Whiston Memorial Prize by the editors of the Bulletin of Spanish Studies and the Bulletin of Spanish Visual Studies. Before coming to Penn State in 2007, he held faculty positions at the University of Illinois at Chicago (2004-07), Northwestern University (Fall 2006, by invitation), and Middlebury College (2003-04). At regular intervals during the past three decades, he has lived, worked, and travelled extensively throughout the Iberian Peninsula, with frequent research residencies in Madrid, as well as significant time in the cities of Valencia and San Sebastián.

He invites advising inquiries from current and prospective graduate students whose research interests intersect with his areas of expertise. 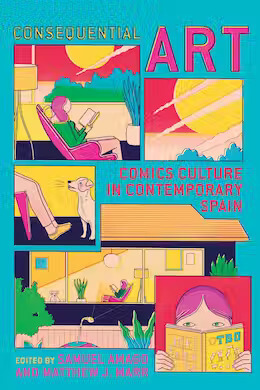 About the Book:
Spanish comics have attracted considerable critical attention internationally: dissertations have been written, monographs have been published, and an array of cultural institutions in Spain (the media, publishing houses, bookstores, museums, and archives) have increasingly promoted the pleasures, pertinence, and power of graphic narrative to an ever-expanding readership – all in an area of cultural production that was held, until recently, to be the stuff of child’s play, the unenlightened, or the unsophisticated. This volume takes up the charge of examining how contemporary comics in Spain have confronted questions of cultural legitimacy through serious and timely engagement with diverse themes, forms, and approaches – a collective undertaking that, while keenly in step with transnational theoretical trends, foregrounds local, regional, and national dimensions particular to the late twentieth- and early twenty-first-century Spanish milieu. From memory and history to the economic and the political, and from the body and personal space to mental geography, the essays collected in Consequential Art account for several key ways in which a range of comics practitioners have deployed the image-text connection and alternative methods of seeing to interrogate some of the most significant cultural issues in Spain.
Read More 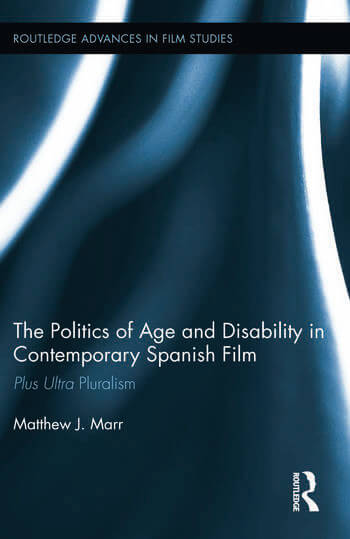 The Politics of Age and Disability in Contemporary Spanish Film: Plus Ultra Pluralism

About the Book:
The Politics of Age and Disability in Contemporary Spanish Film examines the onscreen construction of adolescent, elderly, and disabled subjects in Spanish cinema from 1992 to the present. Applying a dual lens of film analysis and theory drawn from the allied fields of youth, age, and disability studies, this study is set both within and against a conversation on cultural diversity—with respect to gender, sexual, and ethnic identity—which has driven not only much of the past decade’s most visible and fruitful scholarship on representation in Spanish film, but also the broader parameters of discourse on post-Transition Spain in the humanities. Presenting an engaging, and heretofore under-explored, interdisciplinary approach to images of multiculturalism in what has emerged as one of recent Spain’s most vibrant areas of cultural production, this book brings a fresh, while still complementary, critical sensibility to the field of contemporary Peninsular film studies through its detailed discussion of six contemporary films (by Salvador García Ruiz, Achero Mañas, Santiago Aguilar & Luis Guridi, Marcos Carnevale, Alejandro Amenábar, and Pedro Almodóvar) and supporting reference to the production of other prominent and emerging filmmakers.
Read More 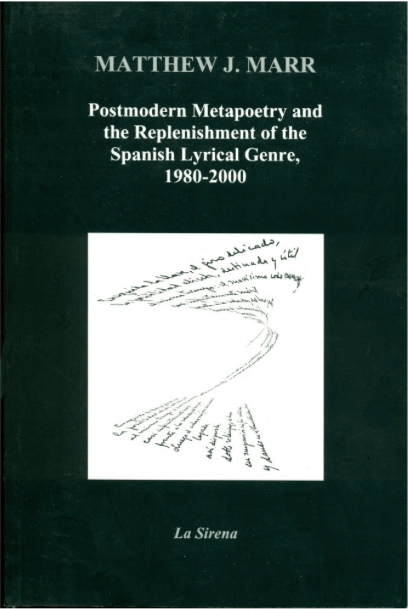 Postmodern Metapoetry and the Replenishment of the Spanish Lyrical Genre, 1980-2000

About the Book:
Word Cat entry: https://www.worldcat.org/title/159935144 Literary self-consciousness is an impulse informing poets from Homer on through the splintered line of his poetic descendants. And, as poetic modes have evolved, so too have variations on the metapoetic practice. But can the problematics of the writing craft be expected to engage the contemporary reader of poetry—a figure who is awash in a world of dynamic, competing media and, thus, increasingly difficult to attract, inspire, and maintain? This question is especially relevant to modern Spanish verse, where self-reflexive poetry is cultivated toward ends that often draw attention to the lyrical genre’s condition of “exhaustion” as a literary medium. The dejected poem about the impossibility of writing, the solemn poem on the ineffable, the poem that zealously aspires to purge poetic language itself, the theory-laden meditation on the collapse of the sign: all are conventions of modern Spanish metapoetry, and all cast a shadow of crisis on the state of the genre. As if a self-fulfilling prophecy, such writerly pessimism plays its own role in poetry’s fall from grace among readers. Postmodernism seeks to reclaim this reader, and readability itself, for contemporary poetry. Within the Spanish poetic scene of the 1980s and 1990s, several practitioners of postmodernism wrest the metapoetic sensibility from the tired confines of the tradition from whence it most immediately came, reshaping it in playful, theatrical, and even comic ways—an undertaking which reinvigorates, and ultimately reorients, the Spanish lyrical genre at large. In Postmodern Metapoetry and the Replenishment of the Spanish Lyrical Genre, 1980-2000, Matthew J. Marr explores the imaginative reinvention of poetic self-consciousness by such poets as Javier Salvago, Luis García Montero, Vicente Gallego, Felipe Benítez Reyes, Carlos Marzal, and Roger Wolfe. Through a series of colorful close readings, an eye toward historical contextualization, and the fruitful application of postmodern theory, the present volume offers a refreshingly upbeat take on what is, for some of the most prominent new voices in Peninsular verse at the end of the twentieth century, a key subgenre in an innovative poetics of creative renewal.
Read More