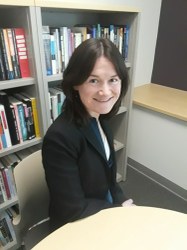 Krista Brune specializes in modern and contemporary Luso-Brazilian literature through the lens of translation, visual and popular cultures, and intellectual history. Her book Creative Transformations: Travels and Translations of Brazil in the Americas (SUNY Press, 2020) analyzes key moments in the travels and translations of Brazilian artists and intellectuals from the 1870s to the present. In doing so, it underscores the continued presence of Brazilians in the United States as a feature of the hemispheric Americas that complicates understandings of Latinidad. Her interest in translation extends to the practical with published translations of stories by Machado de Assis and Nuno Ramos and critical articles on documentarian Eduardo Coutinho.

Currently, she is working on a book that situates Lisbon, Rio de Janeiro, São Paulo, and Luanda as sites of encounter and exchange between diverse communities of Portuguese speakers. By analyzing how contemporary literary and artistic works depict forms of migration, displacement, and solidarity, she contends that culture enables residents to exert their rights to these cities in ways that challenge capitalist speculation and inherited colonial structures. Another area of her research centers on Latin American popular music, film, and cultural policies. As a Fulbright grantee to Brazil in 2007, she studied the politics of popular Brazilian music in relation to the nueva canción and nueva trova.

She teaches undergraduate and graduate courses that situate Brazil in a hemispheric or transatlantic perspective, including Translation in the Americas, Luso-Brazilian Cinema, and Latin American Cosmopolitanisms. As a visiting professor at the Universidade de São Paulo in May 2019, she co-taught the graduate seminar “Tradução e política nas Américas.” She also organizes speakers’ series and cultural events related to the Portuguese program. In 2020 and 2021, she was a funded participant in Penn State’s Redesigning Modernities project. She is currently the Dorothy W. Gilpatrick University Endowed Fellow in the Humanities and director of the Global and International Studies program. 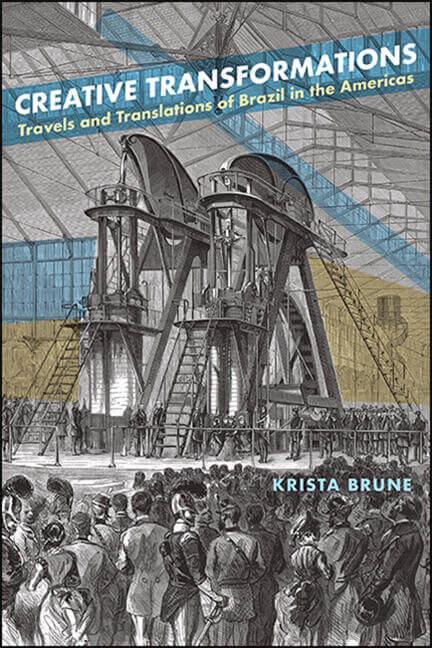 Creative Transformations: Travels and Translations of Brazil in the Americas

About the Book:
In Creative Transformations, Krista Brune brings together Brazilian fiction, film, journalism, essays, and correspondence from the late nineteenth to the early twenty-first centuries. Drawing attention to the travels of Brazilian artists and intellectuals to the United States and other parts of the Americas, Brune argues that experiences of displacement have had a significant influence on their work. Across Brazilian literary and cultural history, translation becomes a way of navigating and representing the resulting encounters between languages, interactions with Spanish Americans, and negotiations of complex identities. While Creative Transformations engages extensively with theories of translation from different national and disciplinary contexts, it also constructs a vision of translation uniquely attuned to the place of Brazil in the Americas. Brune reveals the hemispheric underpinnings of works by renowned Brazilian writers such as Machado de Assis, Sousândrade, Mário de Andrade, Silviano Santiago, and Adriana Lisboa. In the process, she rethinks the dynamics between cosmopolitan and national desires and between center and periphery in global literary markets.
Read More