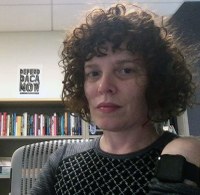 I am a specialist in intellectual thought, emotions, and body politics in Latin America, the Caribbean and the Latinx communities in the United States. As a literary scholar, I have published on these topics focusing on contexts as diverse as the United States, Puerto Rico, Cuba, Mexico, Guatemala, and Chile.

In Affective Intellectuals and the Space of Catastrophe in the Americas (Ohio State University Press, 2018), I weave together five different contexts (Mexico, Chile, Puerto Rico, Cuba, and the U.S.-Central America relationship) to argue that there is an intellectual tradition in the Americas rooted in the stories, desires, and needs of those who have been systematically pushed out of the public sphere (indigenous peoples, Afro-descendants, immigrants, LGBTQ sexualities, and inhabitants of poverty). This argument leads me to analyze five writers whose emotional discourses during catastrophic circumstances have had a measurable impact on the formation of communities that organize civil efforts to surpass a crisis and, even more, to demand their full political inclusion in society.

My current book-length project, Mongo Heroes: Vulnerable Masculinities in the Puerto Rican Anti-Colonialism Struggle, traces a cultural history to uncover key mongo or vulnerable heroes in the anti-colonialist struggle against U.S. imperialism (1898-) in Puerto Rico its diasporas. In the island’s culture mongo refers to men that are passive, weak, and impotent. By focusing on literary and artistic representations of mongo embodiments and enactments, I examine the changes in 20th-century Puerto Rican society’s perception of embodiments and enactments of this kind of masculinity. I argue that, instead of the iconic patriot, what I call “mongo heroes” are the ones that historically have symbolized sovereignty in the colonial context.

I am developing an oral history project to document Latinas’ lives in central Pennsylvania. Little by little, I am also writing an autobiographical reflection on the Latina body, infertility, and capitalism in the United States. 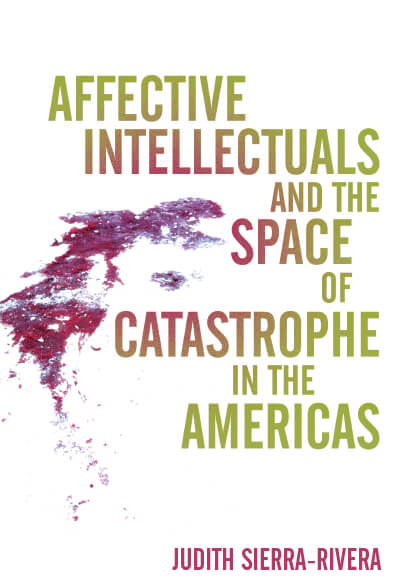 Affective Intellectuals and the Space of Catastrophe in the Americas

About the Book:
In her groundbreaking Affective Intellectuals and the Space of Catastrophe in the Americas, Judith Sierra-Rivera studies five different contexts of crisis: natural disasters in Mexico, forced displacements between Central America and the United States, a whitewashed transition to democracy in Chile, colonialism and wars in Puerto Rico, and racism and patriarchy in Cuba. All of these scenarios share the common ground of the neoliberal space of catastrophe, which also generates new groups and forms of resistance. Affective Intellectuals argues that a new kind of intellectual emerges from these contemporary configurations to speak and act guided by the stories and desires of those who have been systematically pushed out of the public sphere: indigenous peoples, Afro-descendants, immigrants, LGBTQ sexualities, and inhabitants of poverty. Pursuing this argument, Sierra-Rivera examines print, radio, and web materials by authors whose emotional discourses have also had a measurable impact on the formation of communities that demand their full political inclusion in society. This book therefore fills a significant gap in the study of the relationship between materiality (space and bodies), emotions, and the political imagination. Affective Intellectuals demonstrates that writers and intellectuals themselves are vital in reshaping their communities and fighting for social justice in the Hemispheric Americas.
Read More